After throwing the flour from stage left, we then loaded Keira up with flour – starting with the hair with Keira kneeling on the floor and swing her hair around, and then we moved onto some full length shots with some full on leaping.  Here’s the second part of the video:-

First we shot some with Keira kneeling on the floor.  We loaded up her hair and lit the scene with a small beauty dish to camera right, a gridded strip-box to camera left and of course, a backlight.  I try to hide the backlight at least partially behind the model, and to do that with movement, you need to figure out where the head is going to be when you take the shot, and place it there.  It doesn’t need to be completely hidden as I want a little bit of flare in the shot.  We lowered all of the lights to match Keira’s crouching and kneeling positions.  We shot profile, and camera facing shots, again at 5 frames per second, varying the amount of flour and fine tuning the move for each run. 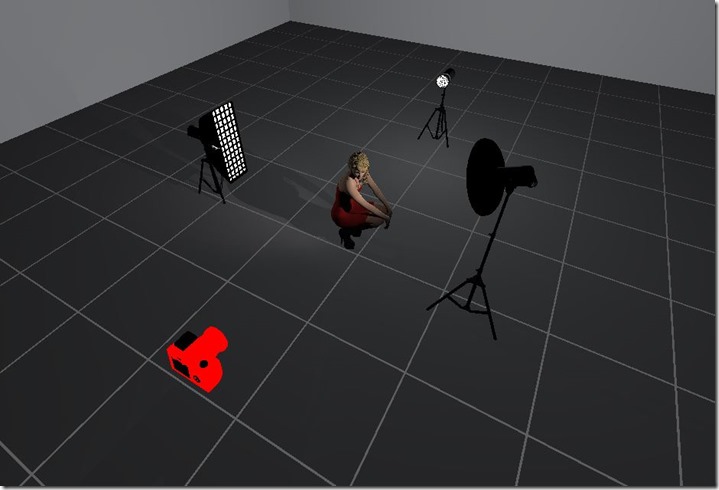 For the final set in our flour throwing day at Lencarta I wanted to get Keira to really leap around.  We covered her hair and arms with flour and also gave her some to throw.  I changed the lighting a little bit for this one and we put a blue gel on the back light.  We kept the small beauty dish to the right and a gridded strip box to the left.  Keira jumped straight up, throwing her arms up and releasing the flour and landed again.  At camera the same techniques applied:  5 frames per second, fixed focus. 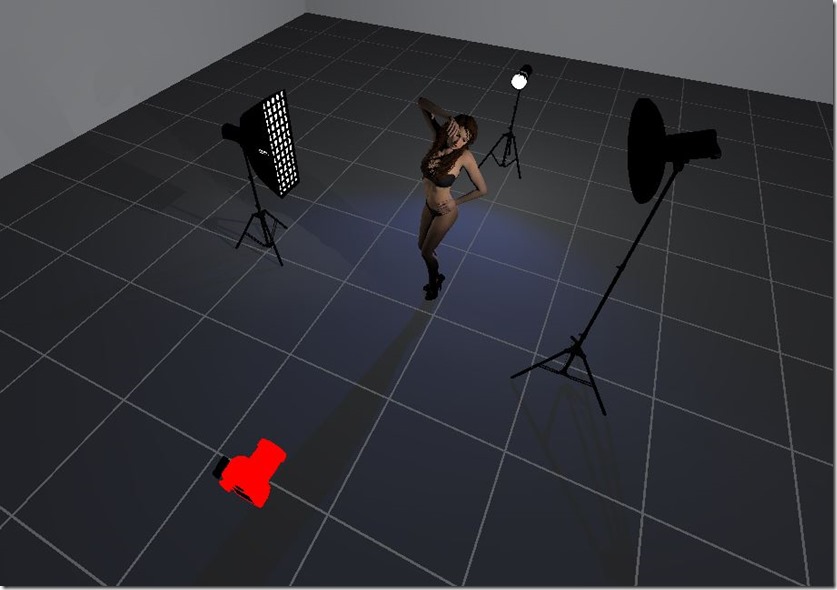 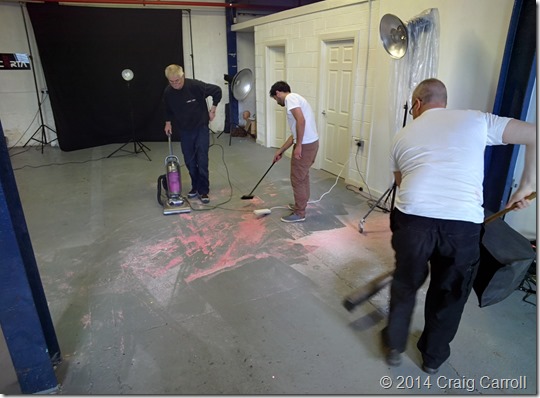 Thanks again to everyone at Lencarta and especially James and Garry for making these shots possible in, well – every way really – not just for this shoot, but for the lights which make this approach work.   Switching up to the SF600’s has opened up a whole new world of possibilities for me in the studio.   And thanks to Keira and Craig too.   After we had finished, it only remained to dust off the model, and start sweeping up….